We arrived in Melbourne from Sydney and ended up taking an Uber from the airport to our AirBnb. We almost never do this! We were having a hard time with the Myki ticket machines at the airport (Myki is the card system the train/tram/bus uses). The Myki machines refused to accept our credit cards and the busses don’t take anything but Myki cards. There was a SkyBus option but it was $20/person one-way and we’d still have to do a transfer to a bus. So an Uber it was! Once we got into town I popped into a market and purchased a Myki card and loaded money on it – once I had it, it was easy peasy from there on out!

We eventually arrived in the Abbotsford neighborhood and instantly fell in love with this lovely AirBnb. We had a spacious bungalow on the back of the hosts’ property, the most comfortable king sized bed and a few complimentary umbrellas for the rain we’d encounter in the coming days. It was perfect for us. We short a 5-10 minute walk to the train and then it was only anohter 10 minutes to reach the city center. We mostly took the train around town if we weren’t walking. I can’t say enough good things about the neighborhood we chose to stay in! Great coffee shops, restaurants and local shops. Something we always look for in AirBnb’s is that “local living feeling”.

Melbourne was so funky and just downright cool. You know that I love a city filled with graffiti and Melbourne delivered! It was inherently different to Sydney – like a Seattle vs. Portland different. More artsy, very gritty… Melbourne was a vibe. My favorite part of visiting Melbourne was the element of surprise. For example, you could see a restaurant or storefront and the facade gives an appearance that it might be a small run-down place… until you step inside and see this expansive architectural wonder. There were sooooo manyyyy surprises, we dubbed Melbourne “the city of hidden gems”. 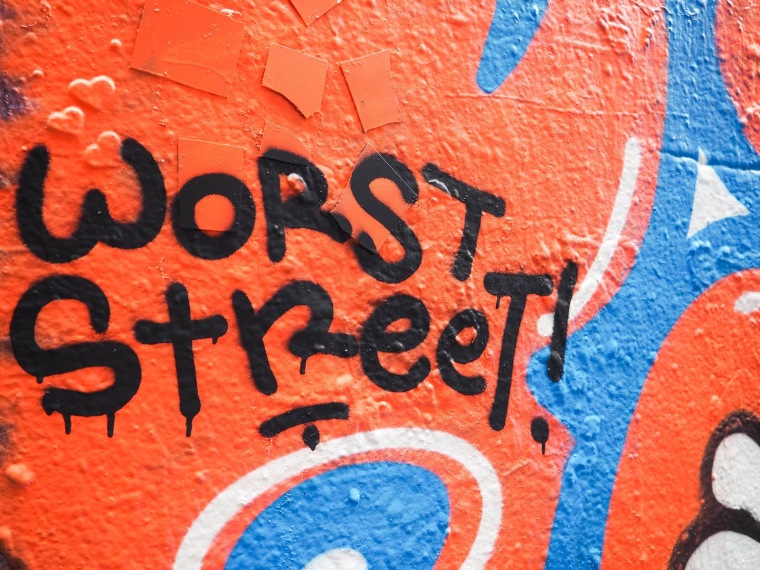 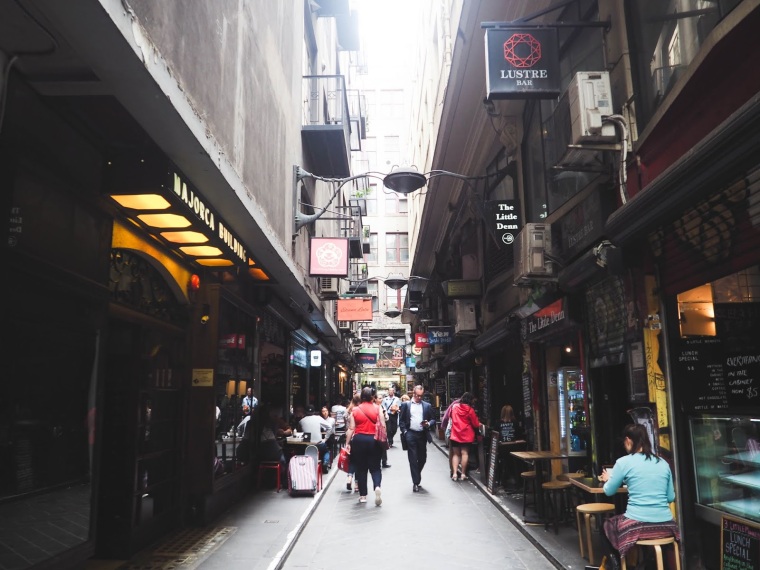 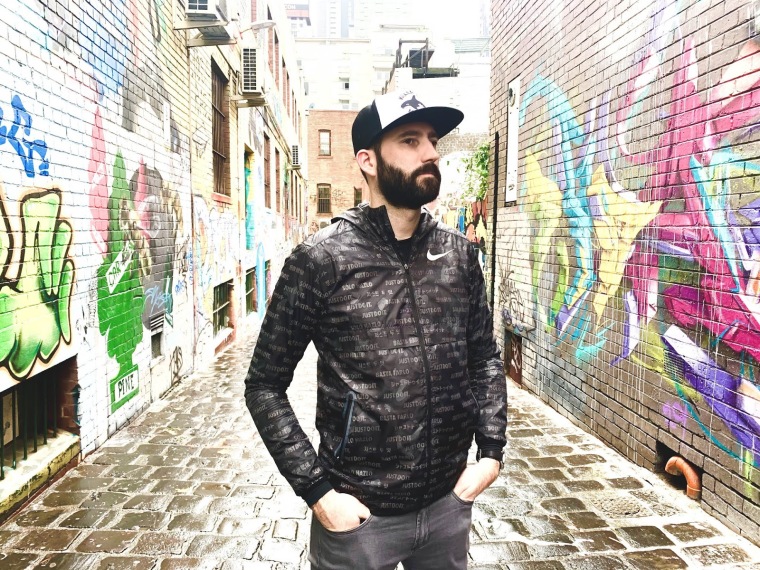 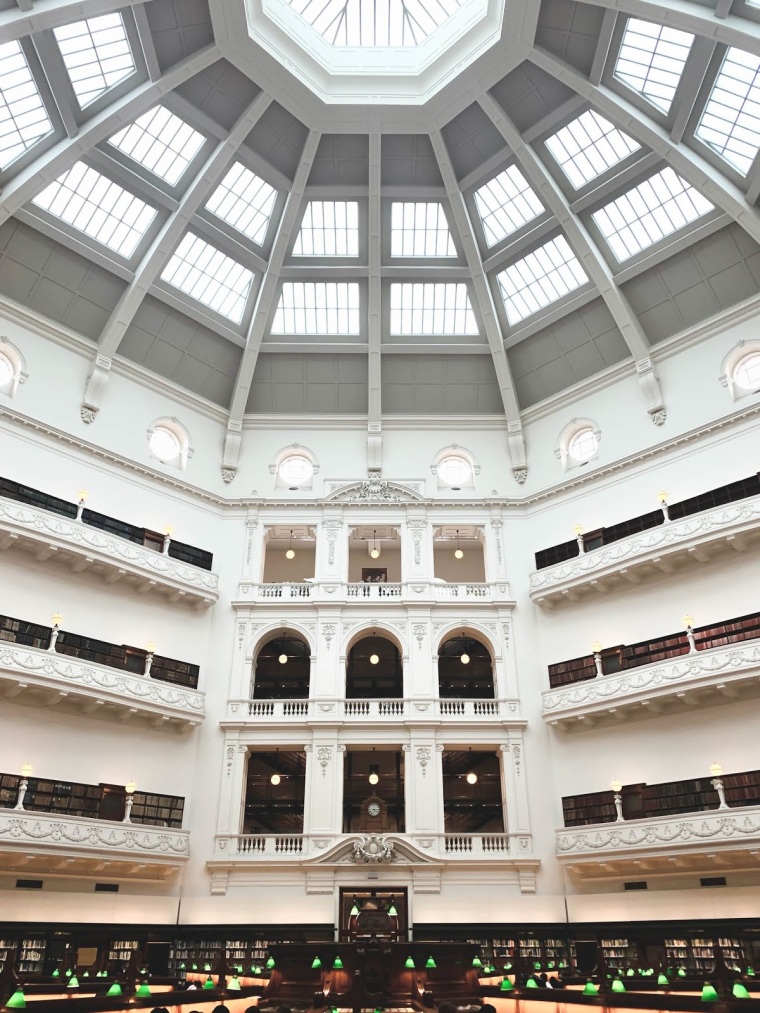 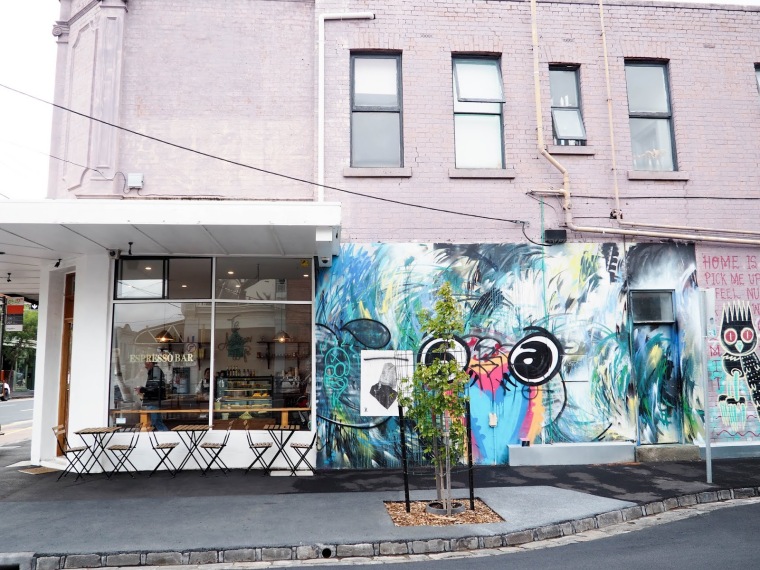 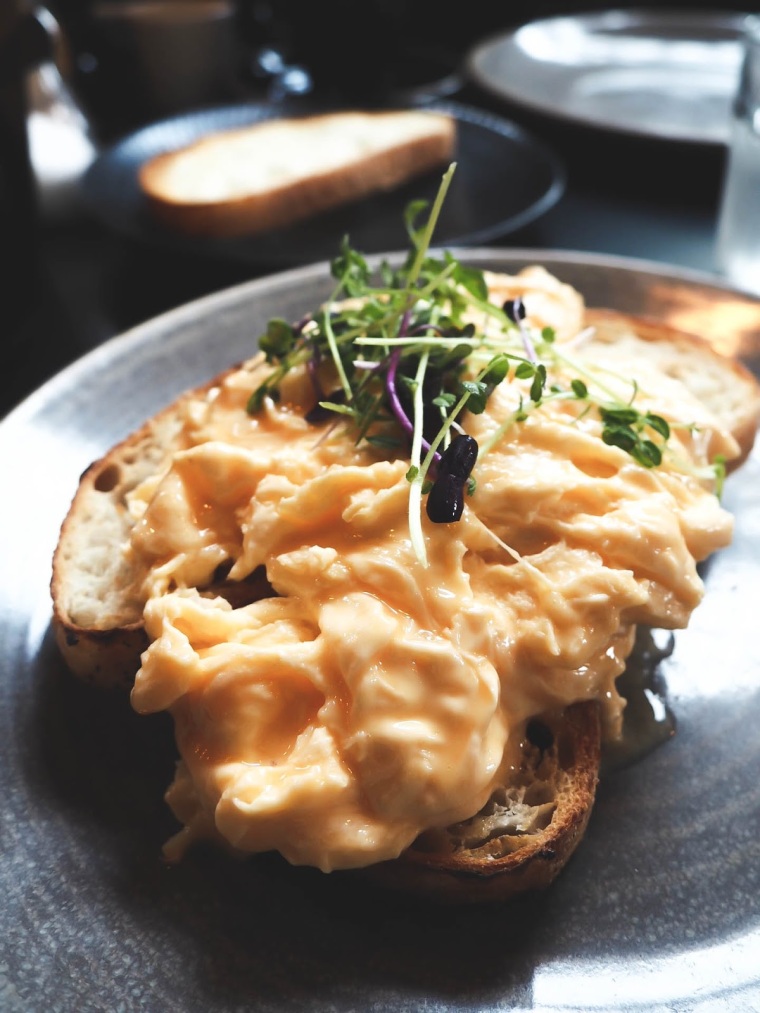 A first glimpse at the Brighton Bathing Boxes 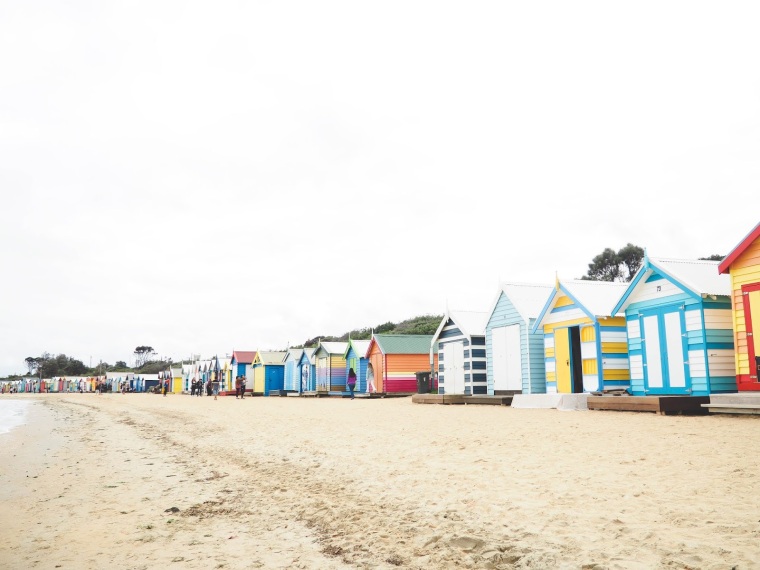 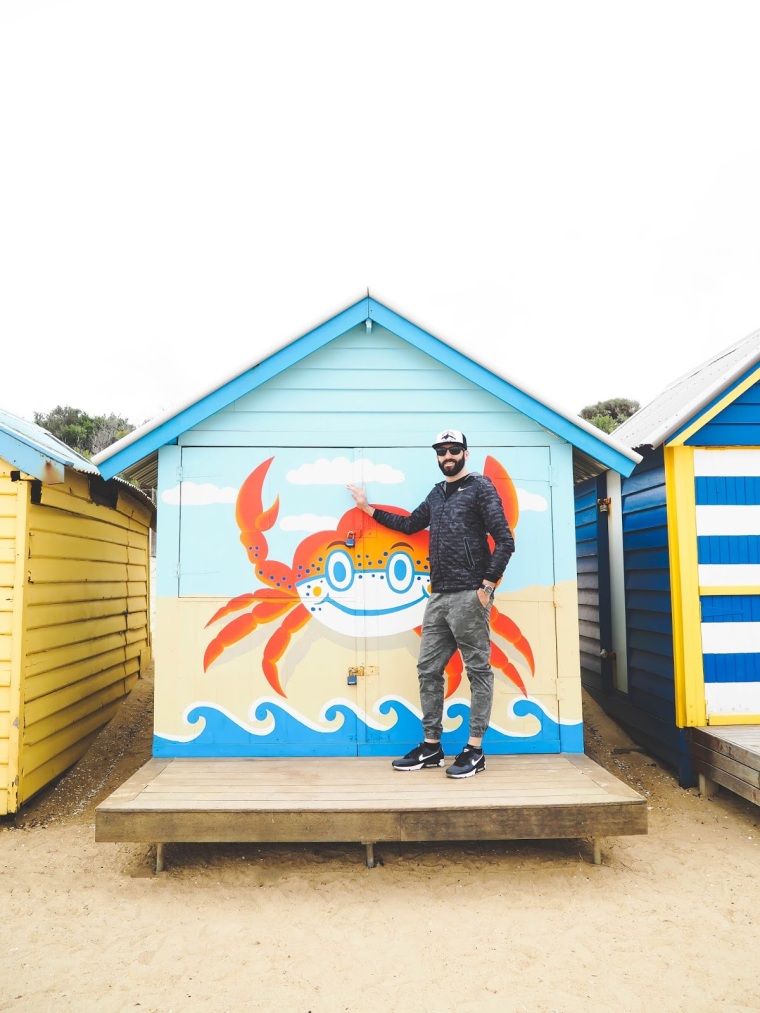 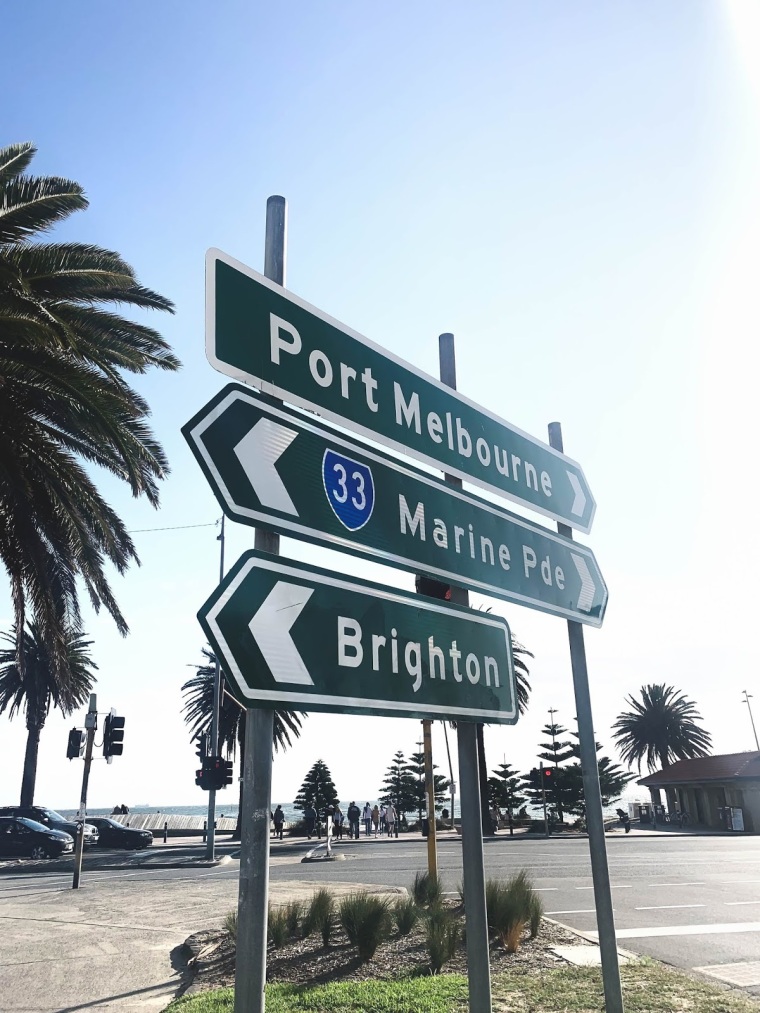 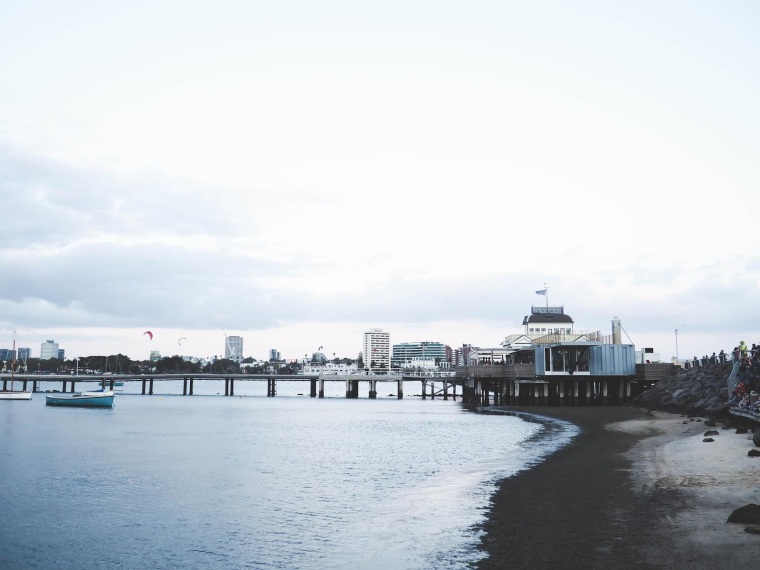 Our recommended itinerary for four days in Melbourne:

Day 1
Coffee and a light breakfast at Three Bags Full
Stroll around the city center
Hop on the 35 “city circle” tram line – it’s free and will take you in a loop around the city
Roam around Chinatown (it’s expansive!) and grab dumplings for lunch – We loved Shanghai Street
Pop into Melbourne Central – we found so many local clothing shops and the food court looked amazing
Visit the Public Library, it’s a beauty!
Dinner at Daughter-in-Law

Day 2
Coffee and a light breakfast at Stagger Lee’s
Go on a self-guided walking tour of Abbotsford, Collingwood and Fitzroy
Visit the Queen Victoria Market (grab lunch here, too)
Stop by Moon Dog for amazing IPA’s
Grab dinner and sip on local beers at Stomping Ground Brewing or Bodriggy Brewing

Day 3
Coffee and a light breakfast at Dr. Morse
Explore the hidden gems and laneways of the city (Hoiser Lane and Degreaves Street being the most popular)
Dinner at any of the following restaurants: Sundra, Embla, tipo 00, Smith + Daughters, Lazerpig, Leo’s, Carlton Wine Room, Bar Saracen, Lee Ho Fook, Supernormal (we met a girl in Sydney and her chef boyfriend recommend all these places to us – he said it’s the list for ultimate foodies)

Day 4
Coffee and a light breakfast at you place of choice! Check out this list of quintessential Melbourne coffee shops
Visit the Brighton Bathing Boxes
Walk form Brighton Beach to St. Kilda Beach
Lunch at Lentil as Anything
Explore St. Kilda and Luna Park
Supernormal Canteen for dinner
St. Kilda Pier for the Penguin Parade

Also consider: a day trip out of the city or a two-day trip along the GOR to visit the 12 Apostles.

This site uses Akismet to reduce spam. Learn how your comment data is processed.